We also provide education on the prevention, diagnosis and treatment of cancer.

Despite the development of new and effective treatments for various forms of cancer, many patients still succumb to this disease. Novel approaches are needed to improve patient outcomes and to develop a better understanding of how and why cancer develops in different tissues in the first place.

Just what is “basic cancer research”? It is the scientific investigation into how the body’s immune system sees and responds to cancer when it initially develops, research that seeks to reveal how and why cancer cells are resistant to different treatments. Such knowledge can, it is hoped, lead to strategies which are effective in overcoming that resistance.

This fundamental research is often carried out by post-doctoral scientists and physicians who, working under the mentorship of established professional investigators, are at the beginning of their scientific careers.

Financial support for these young scientists is keenly important in order to train the next generation of cancer researchers and continue the rapid progress that is being made in the development of new cancer therapies. And it is this specific and critical financial support which NCC provides through contributions from donors like you.

The National Cancer Center also educates Americans on how they can reduce their risk of cancer. NCC has distributed a wealth of education and prevention packets on such topics as breast, lung, prostate, and colorectal cancer, as well as needle biopsy aspiration. Other areas of our work include mailing information packets designed to help prevent skin cancer during summer months.

(If you would like further information on any of this material, please write to us at NCC, 88 Sunnyside Boulevard, Suite 307, Plainview, NY 11803.)

National Cancer Center was founded by Dr. J. Ernest Ayre, in 1953 as a non-profit organization committed to research and education about cancer. Dr. Ayre was a pioneer in refining and promoting the Pap test for women, a major factor in reducing deaths from cervical cancer by 70%. He was also one of the first researchers to recognize the enormous potential of Interferon for cancer treatment.

Dr. Ayre’s dedication and accomplishments have been emblematic of the work we have carried out for over 65 years. Of the six million dollars of fellowship awards more than granted, NCC is pleased to have funded a record $450,000 this year, in 2019, to eleven exceptional, post-doctoral scientists at a wide range of academic and scientific institutions.

We are currently funding research at Duke University, Yale University, Dana-Farber Cancer Institute at Harvard University, the Salk Institute, Children’s Hospital of Philadelphia and other prominent universities and research institutes throughout the U.S.

Canadian-born James Ernest Ayre, M.D., was a gynecologist who sought to find a cure for cancer through research into immunology and cytology, cytology being the microscopic study of cells to detect abnormalities and malignancies.

A 1936 graduate in medicine from the University of Alberta in Edmonton, Canada, after three years in general practice, Dr. Ayre underwent training in obstetrics and gynecology at Montreal’s Royal Victoria Hospital and St. Mary’s Hospital. In 1945, he was appointed director of the gynecological cytology laboratory at Royal Victoria Hospital and two years later was named an honorary Fellow of the American Medical Association and Diplomate in Gynecology of the Royal College of Physicians and Surgeons of Canada.

Along with Dr. George Papanicolaou, Dr. Ayre was a pioneer in cytological cancer detection methods as early as the 1940’s when such research was in its beginning stages.

His impact upon the field, especially in the area of women’s health, was groundbreaking. After his arrival in the U.S., in collaboration with Dr. Papanicolaou, he was co-inventor of the Ayre Spatula, the instrument still used today to collect cervical cells for the detection of cancer. After being granted a patent in 1949, he donated to the American Cancer Society all the profits from the sale of his cervical scraper.

Dr. Ayre’s creative approach to cancer diagnosis continued apace with his invention of the gastric brush and other instruments employed in the diagnosis of cancers of the lung, throat, stomach and colon. Further, he introduced the cyto-sputum kit, a simple but brilliant test which uses saliva to detect pre-cancerous and cancerous cells in the mouth, throat and lung.

Dr. Ayre was also in the front ranks of early researchers into the enormous cancer treatment potential of the drug interferon. Today, interferon is used to treat cancers as various as leukemia, melanoma and AIDS-related Kaposi’s sarcoma, as well as such viral infections as chronic hepatitis B and C.

The capstone of his dedicated professional life was marked in 1953 when Dr. Ayre founded the National Cancer Cytology Center, forerunner of today’s National Cancer Center. Committed to research and education about cancer, since 2011 alone the National Cancer Center has provided nearly $2,000,000 in funding for basic research into the cure, prevention and diagnosis of cancer. We are honored to carry on Dr. Ayre’s legacy through our funding for specialized research projects: Aggressive Cancer, Breast Cancer, Children’s Cancer and Fighting Childhood Leukemia.

We are committed to finding a cure.

We need your help to fund cancer research projects and cutting edge treatments. With your support and the work of dedicated scientists and doctors a cure can’t be far away.

Our Board of Directors 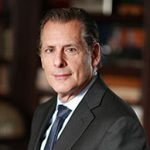 Barry J. Peek joined the board of the National Cancer Center... 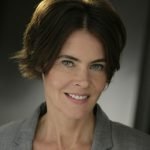 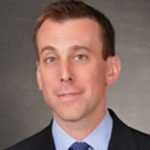 Jeremy Paul has been involved with National Cancer Center Inc. for... 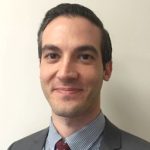 Patrick Nasr has over 15 years of leadership experience in the... 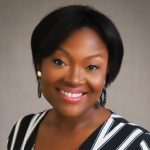 Ramondy Thermidor has over 20 years of healthcare leadership management experience...

Raymond Forsythe has been a member of the National Cancer Center... 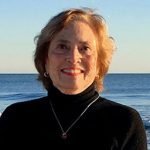 Regina English is the Executive Director, and a Board member at...

Our Scientific Advisory Board